Cardlytics Inc (NASDAQ:CDLX) Given Average Recommendation of “Hold” by Brokerages

In other news, major shareholder Clifford Sosin purchased 47,700 shares of the business’s stock in a transaction dated Thursday, April 2nd. The shares were purchased at an average price of $30.90 per share, for a total transaction of $1,473,930.00. The purchase was disclosed in a filing with the Securities & Exchange Commission, which can be accessed through this hyperlink. Also, insider David Thomas Evans sold 700 shares of the stock in a transaction that occurred on Monday, May 25th. The shares were sold at an average price of $67.48, for a total transaction of $47,236.00. Following the sale, the insider now owns 17,991 shares in the company, valued at approximately $1,214,032.68. The disclosure for this sale can be found here. In the last 90 days, insiders sold 215,759 shares of company stock worth $11,065,783. Corporate insiders own 6.50% of the company’s stock.

Cardlytics (NASDAQ:CDLX) last issued its quarterly earnings data on Monday, May 11th. The company reported ($0.26) EPS for the quarter, beating the consensus estimate of ($0.35) by $0.09. The firm had revenue of $45.51 million during the quarter, compared to the consensus estimate of $42.97 million. Cardlytics had a negative net margin of 11.08% and a negative return on equity of 19.42%. The company’s quarterly revenue was up 26.5% compared to the same quarter last year. During the same period in the prior year, the firm posted ($0.23) earnings per share. Sell-side analysts expect that Cardlytics will post -1.91 earnings per share for the current year.

Cardlytics, Inc operates a purchase intelligence platform in the United States and the United Kingdom. It operates in two segments, Cardlytics Direct and Other Platform Solutions. The company's platform is the Cardlytics Direct solution, a proprietary native bank advertising channel that enables marketers to reach consumers through their trusted and frequently visited online and mobile banking channels. 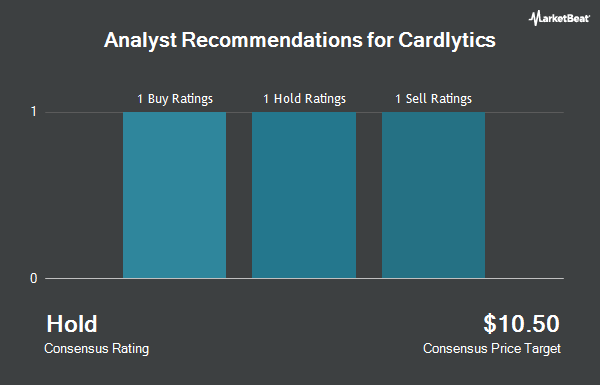 Complete the form below to receive the latest headlines and analysts' recommendations for Cardlytics with our free daily email newsletter: