On average, analysts expect that Molson Coors Brewing will report full year sales of $9.67 billion for the current financial year, with estimates ranging from $9.51 billion to $9.95 billion. For the next year, analysts expect that the firm will report sales of $9.86 billion, with estimates ranging from $9.73 billion to $10.11 billion. Zacks’ sales averages are an average based on a survey of sell-side research analysts that cover Molson Coors Brewing.

In related news, Vice Chairman Peter H. Coors sold 67,079 shares of the stock in a transaction that occurred on Wednesday, March 4th. The shares were sold at an average price of $51.22, for a total transaction of $3,435,786.38. Following the transaction, the insider now owns 311,958 shares in the company, valued at $15,978,488.76. The sale was disclosed in a legal filing with the SEC, which can be accessed through the SEC website. 2.43% of the stock is owned by corporate insiders. 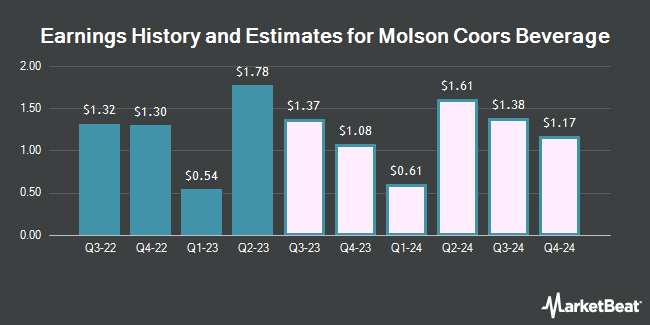 Complete the form below to receive the latest headlines and analysts' recommendations for Molson Coors Brewing with our free daily email newsletter: