Hammerson (LON:HMSO) had its target price lowered by stock analysts at Barclays from GBX 205 ($2.70) to GBX 190 ($2.50) in a research note issued on Wednesday, Stock Target Advisor reports. The firm currently has an “underweight” rating on the real estate investment trust’s stock. Barclays‘s price target points to a potential downside of 5.71% from the company’s current price.

We are an owner, manager and developer of retail destinations in Europe. Our portfolio includes investments in 22 prime shopping centres in the UK, Ireland and France, 15 convenient retail parks in the UK and 20 premium outlets across Europe.

Read More: What does the Dogs of the Dow mean? 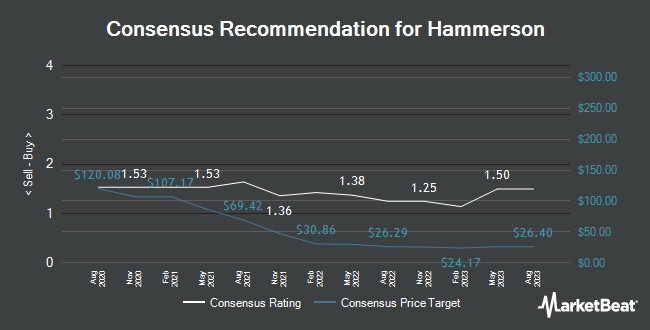 Chart Industries, Inc. Expected to Announce Earnings of $0.66 Per Share

Complete the form below to receive the latest headlines and analysts' recommendations for Hammerson with our free daily email newsletter: